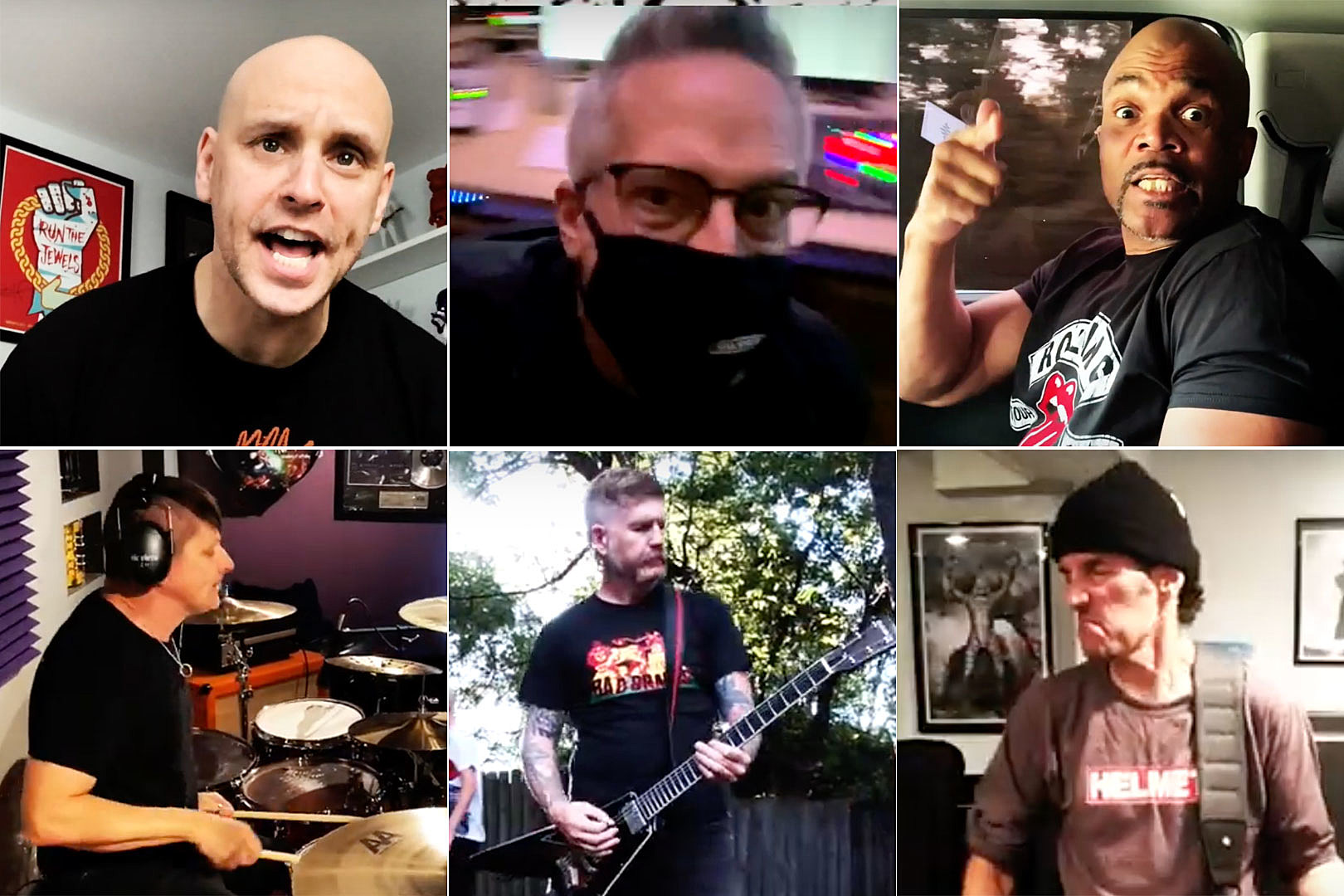 It’s a dirty job but someone’s gotta do it. In this case, there’s a lot of “someone’s” as an all-star lineup has gathered to record Faith No More‘s “We Care a Lot” for a special cause and delivered one of the best social-distanced covers yet under the moniker Kings of Quarantine.

It appears as though Slaves on Dope served as the starting point for the cover as the band’s YouTube is currently hosting the performance, which includes singer Jason Rockman and guitarist Kevin Jardine, but that’s only the beginning of the killer lineup.

Anthrax’s Frank Bello opens the song on bass, with Korn drummer Ray Luzier, Jardine, Mastodon guitarist Bill Kelliher and Men Without Hats keyboardist Ivan Doroschuk handling the instrumental parts of the song. As for the vocals, you’ve got Rockman, Brutal Truth Kevin Sharp, Quicksand’s Walter Schreifels, Refused’s Dennis Lyxzen, Run-D.M.C.’s Darryl McDaniels, Czarface’s Esoteric, Filter’s Richard Patrick and Our Lady Peace’s Raine Maida all chipping in. Plus there’s one special (and kind of upset) cameo at the end that you should stick around for.

As the pandemic has forced musicians to socially distance thus creating many of the quarantine covers we’ve seen, it’s fitting that this cover is being used to help out others in need due to the Covid-19 crisis. The track is being used to raise funds for Roadie Relief, helping out live industry workers currently without work with no tours going on.

You can help out by chipping in to the Roadie Relief GoFundMe or by picking up the cover via Bandcamp with the proceeds helping out.

Kings of Quarantine, “We Care a Lot” (Faith No More Cover)